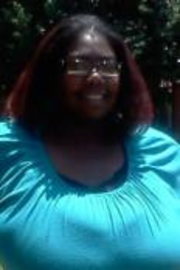 My name is Jeniece Richards. I have a 16-year-old daughter named Kionna and a 14-year-old son named Arion. We found Odyssey III in 2008 when we moved to Georgia from Michigan. I came here to find a better life for my family and myself. After graduating in May of 2007 with an Associate’s Degree in Computer Information Systems Accounting, I moved to Atlanta thinking it was going to be easy to find a job.

Trying to escape the episode of being homeless, I transferred my Section-8 from Michigan to Atlanta. I was later informed after my Section 8 was not accepted in Georgia that I was unable to transfer back to Michigan. Within a few months in Atlanta, I encountered road block after road block, but I was determined to make it work here. My family and I found ourselves going from one family member’s house to another, and then to a couple of friends and none of the situations seemed to be working out. The last family we were staying with told me we had to leave and could not stay with them anymore. Someone told me about Odyssey III, and I followed their suggestion and visited Odyssey III, where I completed an intake and was informed of the documents I would need to get into Odyssey III Women’s Transitional Housing (OTWTH).

I was given a referral to the Ellis Street shelter where I spent a few months until I had all of the necessary documents to qualify for OTWTH. Once in the program, I found more stability and was able to do job searches and get proper rest and have a piece of mind. Shortly after moving to OTWTH I found a job, which gave me enough income to get a place for my family and myself. Odyssey III assisted me with the first month’s rent and deposit for the apartment, turned on the lights and gas, and referred me to a furniture bank that furnished our 3-bedroom townhome.

After living in the townhome for almost two years, my house and car were broken into several times. Feeling unsafe, I went back to Odyssey III asking for more help. In October of 2010, I was able to come back into the transitional housing program while I searched for a safer place for my family and me to live. After a little over a month in the program, I found an apartment for my family and myself. Odyssey III assisted me again with my deposit to move in, and this time, Odyssey III assisted me financially for the first six months with my rent. On the sixth month in this apartment in April of 2011, a tornado hit our apartment and ripped half of the roof off the apartment.

Once again I contacted Odyssey III for assistance and, once again, went back into the transitional housing program for the third time. After being in the program this time for almost two months, Odyssey III was able to assist me financially with deposits for my gas and my first month’s rent to move in. Through all my hardships, trials, and tribulations, I kept going to the Chapel of Christian Love Baptist Church and never doubted that God had a better plan for my life, or else I would not still be here, and God would not continue to place the help I needed in my life to succeed. In January of 2013, I saw a flyer about a Habitat for Humanity program on a board at the Chapel; so I went to one of the informational meetings to see if I qualified. Now here I am, only through the grace of God, seven months later with a house my daughter and I helped build from the bottom up for my family.
I want to thank God first; as well as Odyssey III for all the assistance that was provided to my family and me, time and time again, that brought us to where we are today. 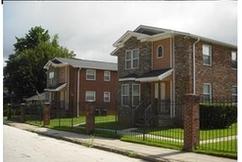 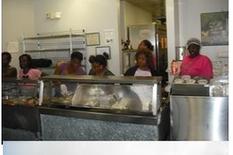